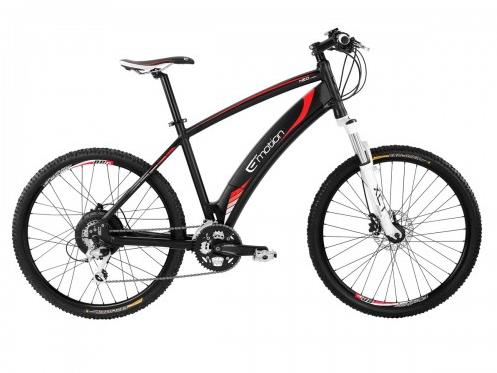 The NEO family of electric bicycles has been presented as a novelty for 2011 in the largest distributors of major Spanish cities with great acceptance and enthusiasm.

Designed by Javier Cuñado from ITEM DESARROLLO DE PRODUCTO for BH BIKES, this family bike has some characteristics that make it unique, that will be a worldwide patent.

The particularity of this project lies in its electric bicycle new concept of integration and represents an important contribution from the technological point of view, use and design.

” After a careful review of the proposals and market products worldwide, such as Asia, USA and Europe (Nordic countries), we developed a very innovative proposal. An electric bike should be a bike that at first glance seems normal. Must be a nice bike, stylish, integrated, light and surprising when you discover that is also electric.After exploring various options we came to an idea with many possibilities. .” said Javier Cuñado.

The most suitable place to house the battery and control is the down tube of the bike box for the following reasons:

– It is the largest area to create an integrated battery “ad-hoc”, improves the center of gravity and weight distribution of the bike as a whole and its extraction is very accessible.

– Battery and down tube are integrated and complementary. The hydroformed aluminum frame is to be able to get a geometry more sophisticated and technologically demanding.

– The battery is composed of Ion-Lithium cells. It adapts and fits in the tube and is locked with a key. The recharge can be at the office or at home, with its charger-dock, same as an iPad, a laptop or a mobile phone.

There are three versions of bike:

The NEO Extrem is a bike off-road wheel 26″ for the more adventurous.
The NEO Cross is a mixed city-excursion 28″ for various uses.
The NEO City is an urban bike vocation.