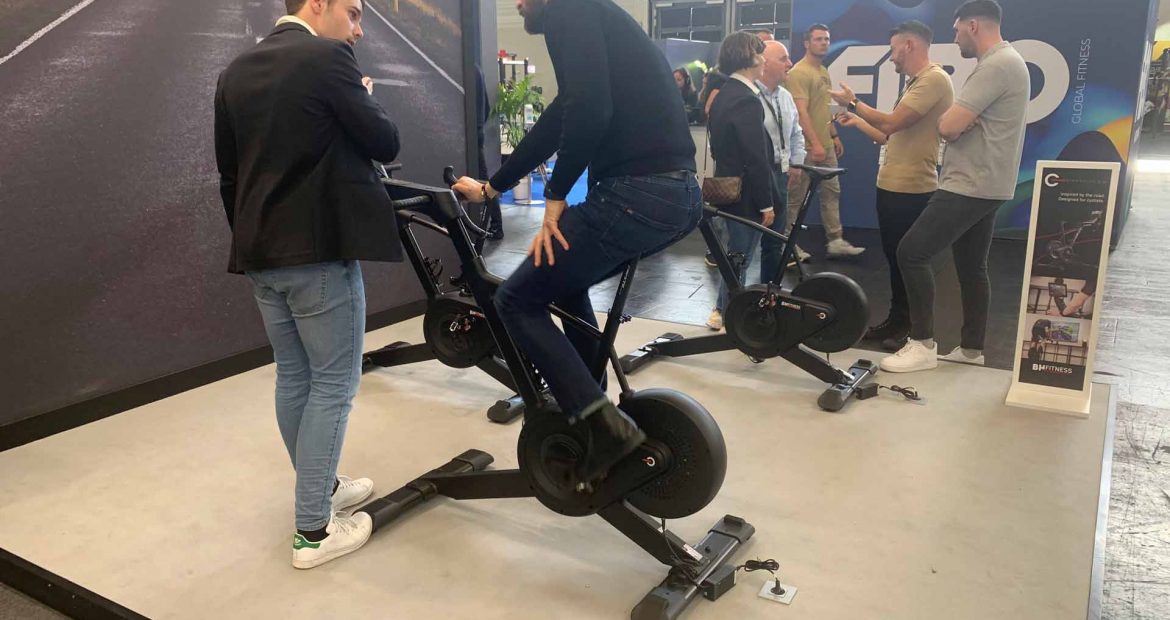 This edition of FIBO 2022 has resumed its activity with some notable absences from American and Taiwanese firms, mainly. However, there have been exhibitors such as BH FITNESS, which have stood out for attending this event with a large number of novelties… such as the new concept of treadmills called INERTIA, with a fresh formal concept and a lot of connectivity and software. There has also been a lot of interest in the Smart Bike proposal called EXERCYCLE.

Designed for those “very cyclist” users who, when the weather does not allow it…, want to continue training on the same geometry as their “outdoor-bike” and have fun competing with other cyclists, thanks to its applications and connectivity with other users.

BH FITNESS always trusts ITEMdesignworks for the creation and development of its most innovative products.